The Army Security Agency in Vietnam

This story was on the Lompoc Record…. it is a typical story for a guy in the Army Security Agency in Vietnam during the 60’s and 70’s… and there were a lot of us.

Andy Francis recounted his story of Vietnam service and mentioned the dangers ASA personnel faced.  One danger all rear area guys faced was constant mortar and rocket attacks, but only rarely coming face to face with the enemy.  That usually happened to intercept guys in outlying firebases, but that was rare. 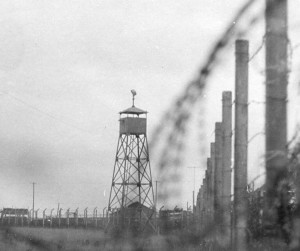 The one danger we all faced was from our own guards.  Francis mentions the Air Force bombing us if we got overrun, and I had never heard that one.  What I did hear from the MP’s that were assigned to guard our top secret compounds was that they had orders to shoot us if we got overrun.  I think few of us had anything the North Vietnamese could use, but whatever….

Getting drunk with me might not have done that MP any good in the long run though, as who was going to get shot first was the question.

Not that it mattered much, if you got overrun, your survival chances were slim to none.