These memories are from the deep recesses of my (mother’s) brain.

The house was on 9 mile road in Clermont County, Ohio. Daddy built the three houses before the second bridge on the right, down from SR 125.
My room was small but I was really thrilled, it was my room and no one was allowed in it unless I let them.  I remember playing Monopoly, checkers, and cards with Pat and Austin. Pat and Austin were my main childhood playmates. They were the sons of my mother’s best friend, Flo. I was in the eight grade and it was the year WWll broke out. Natalie, my sister, joined the coast guard. She was five years older than me.
My furnishings consisted of a steamer trunk from my Uncle Johnny, who traveled the world. He was a valet for a rich man. The trunk consisted of drawers and a hanger space. The drawer I really loved had a secret compartment. I also had my 22 rifle in the corner. I keept my shells in the secret compartment of my steamer trunk. I had gotten the rifle for Christmas, Daddy did not wrap it, he put It in my dresser draw. I think daddy got the rifle not mother because it wasn’t wrapped. I was thrilled to death.
There was a four post iron single bed under the eaves. Mom cut of the iron posts at the head of the bed because she didn’t like the way it looked. She turned the bed around and used bottom for the head of the bed. I helped her. We were making it look better. She had me stuff socks in the cut posts and cuff them over the holes so no one would get cut.
I had the table with wooden pegs from my childhood under the window that my grandma gave me.  A large “Molly Perkins” doll was in the corner on a chair. The doll was from mother’s sister Katie, I never played with it because it was an antique. Later my Aunt Katie asked for it back, I think she sold it, I didn’t mind.
My metal dollhouse, I had when I was younger, was on the floor full of toy soldiers, some were metal and some were more expensive and made from lead.
I had a small radio, I had sermons all over my little table. The walls I had religions plaques. i sent for the sermons and the plaques from the Sunday sermons on the radio. When I was little, Daddy and I would have tea parties with the new dishes he home from down South where he drove a bus.
The dishes and the toy soldiers ended up in the woods were I played with Pat and Austin. We would build shacks and I would sweep the floor, decorate and play with my dishes in the shack while Pat and Austin played with the mules and made more shacks. 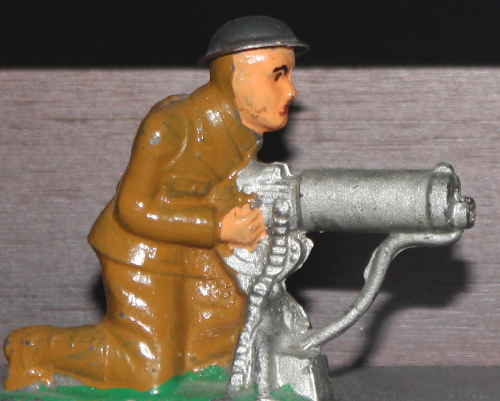