The many lives of the Zulu..

My old Zulu has been around. Not one of the Zulu’s who wacked the British at Isandlwana, but an old humble 12 gauge single shot shotgun.

This old thing started life as a musket in Napoleons Grand Armee. Well, soon after the Grand Armee became less grand. About 1835 this thing was hammered out. Smoothbore, around 70 caliber. It was more of an artillery peice than it was a musket. It fired a huge ball of lead that had to be aimed over the targets head to hit him. With a pound of lead you could only get 15 musket balls. Ballistics were terrible, and with no rifling, worse yet. It’s only saving grace was a lot of them in a group, just fire up in the air at the other group, and down comes a hail of lead.

Wars came and went, and along came the Franco-Prussian war. Breechloaders became the weapon of choce by then, and every available weapon was converted to the new system. The first line French troups were using Chassepot’s, but the rear area guys needed guns too. They were kind of on the back burner, as resources dwindled and the war dragged on. With Paris surrounded and beseiged, some enterprising soul thought of melting down church bells for the receivers conversion and lots were made under duress. With the Prussians on their doorstep, the French converted my old zulu to a breechloader, with a brass receiver and taking a huge short fat bullet. If anything, the ballistics were worse, but could be reloaded quickly! 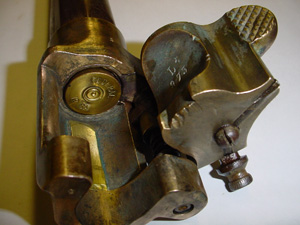 Years later, some entrepreneurial Belgians bought up all those old breechloading muskets and converted them to shotguns for the American market. Poor people heading out west needed a gun to get food more than defending against Indians, and lots of them were bought up by these settlers. Sellers even gave them away with parcels of land. Not much of a weapon, but a 12 guage shotgun is still nothing to trifle with.

This old thing is quite handsome, and the old cut down musket stock, and brass receiver really stand out. Not many machines still work perfectly after 180 years, but this thing will still provide for the table. Can’t use modern shells in it, but an old brass 12 gauge shell and a pile of blackpowder and bird shot and your ready to go! 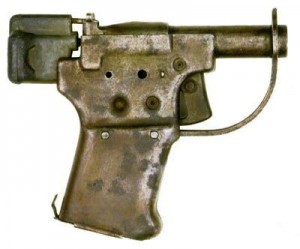 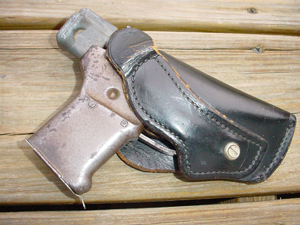 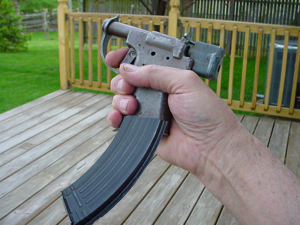 Guns in the modern world…

Just read the paper today… a 13 year old kid shot a 10 year old kid over a tv show. I don’t think I’m alone in wondering just what happened to the world over the last 60 years.

In this country we’ve always had guns. Until the last 20 years almost everybody in the country grew up with guns. Gun violence wasn’t a problem (Except for the criminal elements…) But it is now, and it’s mainly young guys. You can get shot in Cincinnati for just looking at some guy wrong. They think you don’t show them enough respect. Used to be that was something you used to earn, you weren’t owed that.

When we were kids we had guns to play with. BB and pellet guns were common, and even some 22’s. The worst that happened was some windows would get shot out once in a while. We were sufficiently afraid of what our parents would do if we got caught.

The best story was from my mother. She was in High School during the second world war, and one day they had a school play. It was about the war in Europe, and she was going to play a soldier. They told her and the other ‘soldiers’ to bring their guns in the next day for the play. She crawled under her bed, where she kept it, and carried it on the bus to school. Also rode the bus on the way home. School Bus! Nobody got shot, and no one was even afraid that anyone would get shot. 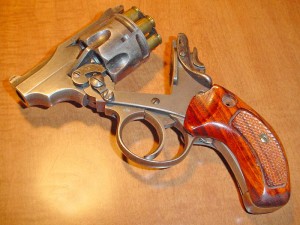 One of my all time favorite handguns is the Webley. The iconic British sidearm, Webleys had been made since the middle 1800’s. They served in all Britains Wars from that period on, and served on all the frontiers where Britain was involved, mainly India and Africa. They’ve dispatched their share of lions tigers and other dangerous beasts.

And dangerous human beasts, too. The .455 caliber marks were especially valued for their man stopping ability. After WW1, the British High Command lost it’s mind and decided that a 200 grain .38 caliber pistol would be just as good and the pistol would be smaller and easier to handle. The .38 Mark IV replaced the venerable Mark VI, but let’s just say the British didn’t throw their .455 guns away.

This gun is a 1915 Mark V, and had been extensively modified by some (probably) local gunsmith. This was kind of common work for gunsmiths in the 50’s and 60’s for guys with less than legal needs. The barrel was chopped to 2 inches, the grips were shaved down, the hammer spur cut off and the cylinder was modified to take american .45 auto bullets on a steel clip. The modification for .45 auto was common in this country due to lots of surplus laying around, and .455 has always been hard to get. The neat thing about the clip is you can reload this thing faster than any modern autoloader. The downside is the bullet. The .455 is a hollow base bullet that swells to meet the rifling, and the .45 is a flat base. This will tend to lose some accuracy, but with a 2″ barrel, who cares. Your not shooting a guy across the county! 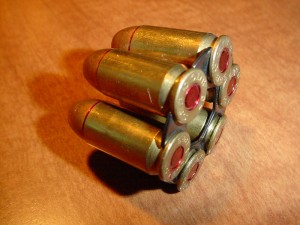 It’s heavy, though, and harks back to a time when everything was heavy, and made out of steel. I appreciate the work that went into these guns, and the fact that this gun is ninety years old and still works good is a testament to their design. How good modern polymer guns are remain to be seen in another ninety years.