Prior to this latest discovery, we have been enthralled with the notion that there is matter we cannot yet see. Dark matter. Most of the universe (that we know of) is comprised of dark matter. Vast unimaginable cosmic distances of nothingness, colossal voids, or rather, dark matter…

Just as I am getting my astrophysical metaphysical brain around this wholly unimaginable concept of dark matter, a new stunning discovery makes its debut in all the cutting edge star magazines, and I develop a headache.

There is apparently a newer type of recently discovered matter in the universe, that seems to dwarf the vast nothingness of dark matter. I am of course, talking about: “Doesn’t Matter”.

We would die one thousand times before we reached the nearest habitable planet. And surrounding us all on our improbable journey would be “Doesn’t Matter”.

Doesn’t Matter is visible – in the county vehicle registration office. It’s all over in there, trust me. And, it is pouring out of the local Sheriff’s cruiser, when your are explaining your accident. On debate night for the presidential candidates, the building is literally constructed out of “Doesn’t Matter”

Parents are literally covered in it, when they are adjudicating a fight between brother and sister. Doesn’t Matter is spraying all over the place.

So, look around. Take a good look. You may get a glimpse of “Doesn’t Matter”.

We are so impressive

Humans rule the earth. We can grab things, escape harsh environmental effects, go off planet, and discuss imaginary stuff that may never come to be. Hooray for Humans! 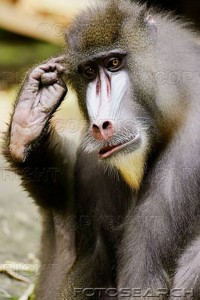 With all the talk about the oil crisis, I am always on the lookout for alternatives to use in the country. We drive an explorer that runs on biofuel but it takes 2x as much so it isn’t really saving us any money and it upsets me that my drive to walmart is causing a Somalian to starve. So after much research – I thought a car running on methane from pig shit was the perfect solution but I really couldn’t stand the smell and I don’t do animals so it would never make it through the week . Since we live in the middle of the mennonites – I have discovered the perfect vehicle –
Nik 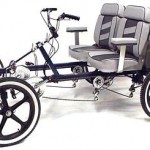