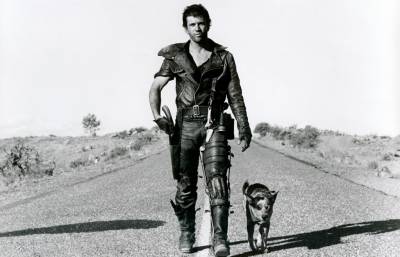 As the mechanics world turns.. some more..

I think the economic downturn is starting to accelerate some changes that have been coming anyway. GM and the American auto manufacturers are going to ditch the unions. Maybe not right away but soon. It’s kind of a shame too, although I never got to be in one I can see where they sort of invented the American middle class. I work on Saab vehicles, a division of GM, and they’re gonna get ditched too. It makes you wonder how all this is going to shake out.

Years ago, the auto manufacturers went on a buying spree, buying up all the brands they could. It’s funny now that they can’t get rid of them fast enough. And not only the foreign brands they bought, but they want to get rid of anything thats not absolutely their core business. As far as GM goes, that means getting rid of everything that doesn’t say Chevrolet or Cadillac on it’s nameplate.

I’d like to think Saab will come through all this ok, but nothing is for sure. There is talk of the Swedish Government buying into the company, or the company going out on it’s own. If GM hadn’t bought them when they did, Saab already would have been history. I don’t know if a couple of hundred thousand cars a year can prop up a manufacturer or not. (last year 2008, Saab probably sold about 95,000 cars, not great, but their best year was around 250,000)

I would think that if downsizing the number of models and car lines is good, what about economies of scale? Doesn’t that count for anything anymore? A lot of parts on Saabs come straight out of the GM partsbins, so with a divorce this will hurt Saab greatly. But if GM survives this crisis, and get back to being profitable again, I can see the day when they start thinking about rounding out their offerings by buying up some of the competition….

As the mechanic’s world turns….

Since the Great Depression of ’09 happened, I have a lot of free time at work. Some ways to kill that time, in time honored mechanics fashion, is to play cards, drink beer, or pitch pennies against the wall. Or you could catch up on your training, which I opted for since I don’t drink anymore.

I noticed that GM is going through another training metamorphosis. Back in the 80’s the American car manufacturers were contemplating how to reduce the amount of money that mechanics made. I guess this was because they didn’t want to pay us so much for warranty work, which they don’t pay much for anyway. They’re big idea back then was to hire some experts, and make them available to mechanics for assistance if they got bogged down in some technical problem. This morphed into (in GM’s case) the Technical Assistance Center or TAC.

The idea was simple. You could hire a bunch of minimum wage guys and turn them loose on customers cars, and if they needed help it was just a phone call away. Needless to say, this didn’t work. You can see how good guys with no experience are by how many motors get lunched that just got their oil changed at well known cheap oil change places. And since cars got more complicated, they can’t even get rid of the TAC center now. They need every brain they can get their hands on to fix modern automobile systems.

It came home to roost in the preamble to the latest GM training guide. They don’t want mechanics to follow a repair procedure by rote anymore… they want them to think outside the box, use their own initiative, get down and dirty and figure the problem out.

This is what Americans have traditionally done best, and have always done, and it is about time GM and the other American car manufacturers acknowledged it.