Requiem for a machine

“I’m gonna do something about that spot”, says he. “No red ink for me”! 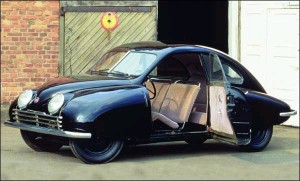 Several suitors came and went. Finally the only solution left was to give it away. The Russians said they would take it, if the European Union also gave them 400 billion Euro’s. The EU also didn’t like that red spot of ink either, so Saab is relegated to the scrap heap.

Who would have thought that a guy could have made his living for his whole adult life on a quirky little car made in another country, and one not made in huge numbers, either. And quirky they were. The engineers from Saab, airplane guys, needed to come up with a car after WWII to diversify their company. They bought some old DKW’s in a junkyard to help design their car. The DKW’s had 2 stroke engines, hence Saab’s first cars did too.

I remember this old country boy I worked with. He did Dodge cars, as our dealership at the time had multiple car lines. He remembered some oddball neighbor of his that had an old 2 stroke Saab. “I used to blow past him so fast I ran him off the road”, he said proudly. He didn’t think much of quirky little foreign cars. 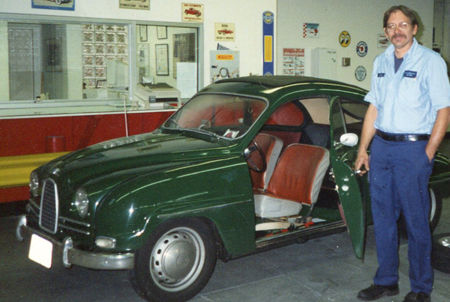 My first one was pretty pokey too, but when they started hanging turbochargers on them, fewer country boys could blow past them. They have quite a following also, by the numerous web sites and forums dedicated to the car.

On Friday the 11th of December, 2009, the CEO of GM announced that talks were over and they are going to close down Saab. The newspaper guys were hanging out at the shop, like sharks looking for a good story. Saab is heading for the history books, like the dinosaurs, Edsels, and analog tv. I’m going to miss them when they’re gone.