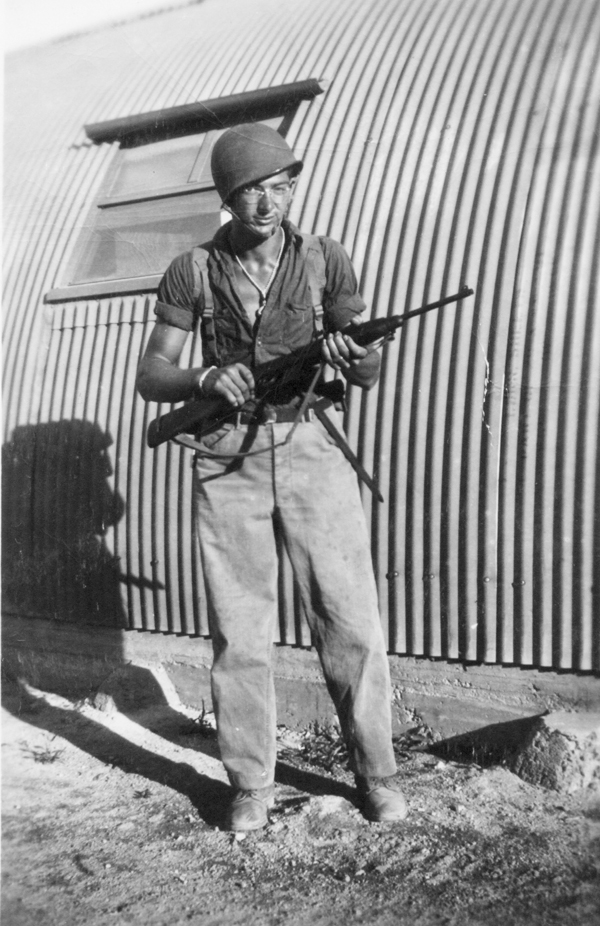 America does not have a warrior class like some past civilizations (like Greece or Rome), but in the last 60 years every able bodied man (and lately woman) has had a good chance to be one.

The day after the bombing of Pearl Harbor, Big Jim and his buddies went down to the Federal Building to join up. Out of 6 of them they took two. Jim was 4F, and they wouldn’t take him. He went back to work at Wright Aeronautical, where his job exempted him from service anyway. Not taking no for an answer, he joined the Seabees in ’43, when they weren’t so picky…

He ended up with a cushy job at Pearl Harbor, running a supply depot for other Seabee units in the South Pacific. Jim and his buddies would continually steal the same jeep from the army, and repaint it in Navy colors and numbers, in order to have something to drive the nurses around in. Of course, they would eventually get caught and have to give it back.

He never had to shoot at the Japs, or get shot at by them, and I think that is a good thing. There are always too many guys that have seen too much. His service in the war, along with the rest of his generation, changed the world.

To me, the thing is, he didn’t have to go…
greg