Cool guns come your way without even looking hard. There is this graveyard near hear with an old Civil War Columbiad sitting in the middle, presumably still guarding the inhabitants. So far it seems to be doing a good job, however, in case of hostilities, the gun would come up short. 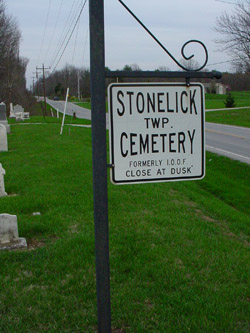 Thomas Rodman was a Lieutenant in the U. S. Army before the Civil War, and had an idea that could possibly save the Columbiads being built at that time. The Columbiad was on it’s way to becoming the north’s big gun, but had a problem. At the larger sizes needed for seacoast defense, the Columbiads would crack when the casting would cool. At the time, the usual process for making a big cast iron gun would be to pour it in a mold, then turn the outside on a huge lathe (this part was just cosmetic) and drill the bore out. However when this giant hunk of cast iron cooled, it would crack.

Along came Rodman with an idea. He though that the cooling process was what was ruining the guns. He came up with a way to cast the gun with a pipe in the middle, just smaller than the bore would be. After it was poured, he would run water through the pipe to cool the gun from the inside out, instead of the usual outside in. They would heap hot coals on the outside for a while as it cooled to make it cool outwards. 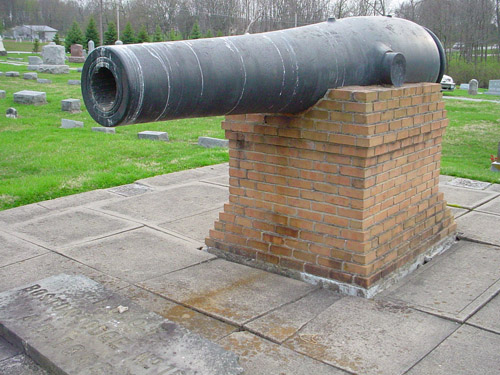 This worked great. The Army didn’t want to foot the bill the experimental part, so Rodman patented the idea and sold it to a private company to get things started. He was a huge success, so much so that all big cast iron guns came to be made that way, and the Columbiads even came to be known as Rodmans.

Later, after the war was over, and the benefits of rifling became painfully obvious even to the U.S.Army, a cheap way to keep these guns in action was sought. Some enterprising soul came up with an idea of drilling out the bores and inserting a rifled wrought iron liner to a smaller size. It was finally tested at Sandy Hook proving grounds and failed miserably. The gun came apart. A new attempt at inserting the liner from the rear was tried and also failed. The puzzling thing is that this happened in 1881, and there are lots of these converted guns around the country with dates on them several years after this. It’s a good thing no one saw fit to land on our shores, or we would be shooting liners at them. 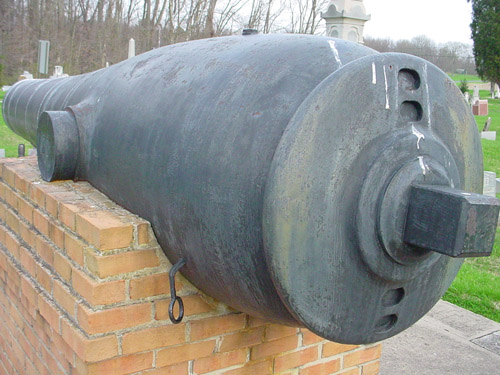 This gun, in the Stonelick Cemetery in Owensville, Ohio, is one of those converted guns. It started out in life as a 10 inch smoothbore Rodman, capable of sailing a hundred pound shell almost 5000 yards. It weighs over 15,000 pounds. It was converted in 1884 by inserting the liner from the rear, as it has the tell tale plug in the breech end. Now, as an 8 inch rifled gun, it could now shoot the theoretically same weight shell as when it was a 10 inch smoothbore, as the rifles shells could be longer. It was laid to rest in 1913, and they must have used a hell of a truck. Hydraulic cranes were still relatively new then, and they might even have used a steam crane to place it.

Well, the story does have a happy ending. The Army finally realized it couldn’t protect the seacoast of the United States on the cheap, and finally got around to producing newly designed and made guns to do the job.