Uncle Cliff landed in Normandy on D-Day+2. He lost his rifle in the surf, as you still had to travel to the beach in a landing craft…. His CO said not to worry, there were plenty of rifles on the beach to choose from. He found one that looked pretty decent (Garand) and his buddies and him spent an afternoon setting their sights to 200 yards. He didn’t change them again for the rest of the war. He shot his rifle plenty during the next 11 months, but only fired it five times at Germans he could see plainly. He thought he got them all. He brought home a German Luger in .30 Luger caliber as a war trophy, and a nun’s cross filled with the bones of the saints… He never said how he got them. 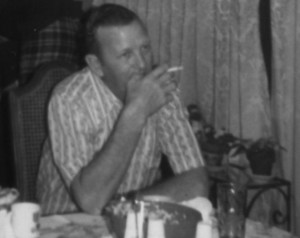