In 1973, I went to work as a fledgling mechanic in a nearby VW dealer, Hassan Motors, in Norwood Ohio. I had just got back from the war a year before, and after goofing off for a year was finally ready to start some sort of career. Before I was drafted, I went to a local community college to learn about computers, but everything I had learned had disappeared by the time I got back, and it was time to start over. I should have found some way to get back into computers, as even then it was obvious that it was going to be big. However, my love for mechanical objects (cars) was overwhelming, so off to work I went.

Computers were shortly to take over the car business, and into my first year on learning to repair cars, I came face to face with the VW Diagnostic Computer, a machine introduced to dealers in 1973 as mostly a marketing gimmick, but did show the way forward. 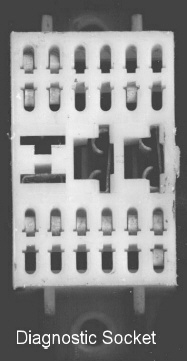 The computer took up a whole bay, and plugged into the diagnostic socket in the engine bay. It couldn’t really do much, mostly would tell you how much the alternator was charging, but people got the readout and really thought they had something. VW had just released their electronic fuel injection on the squareback models just a few years prior. These were simple things, and if you took the control units apart, could practically build them yourself. They weren’t very sophisticated, and could run better, but most cars then were having trouble with the new emission laws, and they could all run better. The saying at the time was, “We can make them run clean, or we can make them run good, which do you want?” We even had a serial Luddite in Cincinnati that was killing these cars. In a VW squareback, the control unit sat close inside the left rear fender, next to the engine’s air vent. Someone who knew where the control unit was was driving something similar to an icepick through the fender and into the control unit. I don’t remember how many of these cars we fixed, but it was a significant number. 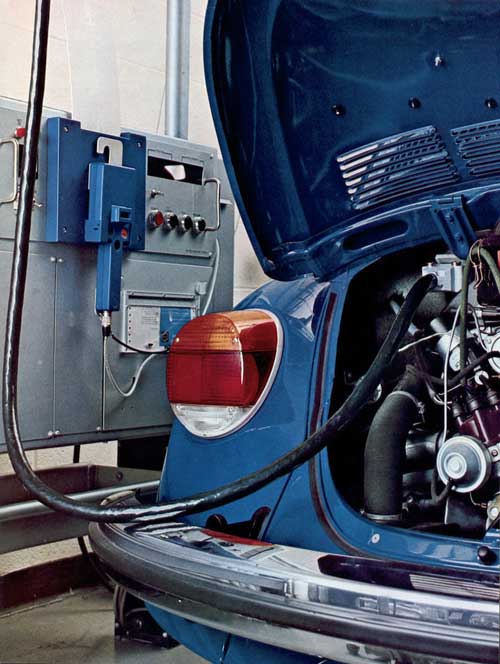 In the end, the VW Diagnostic Computer was deemed irrevelant, and the machine was sold to the dealer for one dollar, and they could dispose of it any way they wanted. I kept a few boards out of it for years, hanging them on my garage wall. Kind of a picture into the future. Every car has a diagnostic socket today, with the laptop taking the place of the behemoth of the early seventies…

Image of diagnostic plug from Speedy Jim’s homepage
Image of Diagnostic Computer from PaintRef.com
Image of a computer printout at this page