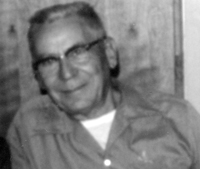 Art Specht was a man of many dimensions. He was the Go To Guy. He knew a lot about things, including human nature. Not many things got past him.

When I was in my ‘teens, Pa was building a house up the street. We lived on Cole Road in Amelia, Ohio, at the time. Pa had built our house and eventually the next three up the street. He always moved into the one he just finished and started on the next one, usually next door.

One day some kids broke into his house that was under construction and stole a few boxes of roofing nails. These were big boxes, not the little things you got at Home Depot. They spread the nails into the driveways of at least 7 of our neighbors, including us. During the next couple of days, everyone in the neighborhood had flat tires. It was an epidemic. We had at least 3.

So Pa spotted these 2 local kids walking down the street and somehow he knew they were the guy, as Monk would say it. He asked them to come in and help him with something, He had the shoeprints of the perps on the dusty floor. He asked them to go over to the other side of the room and get something for him, and he compared their footprints. It was them alright.

In the end, they cleaned up all the nails they could find in all those driveways, and their father paid for all the tires. (You can bet those kids paid for them in the end, though.)

Those kids life of crime continued for a short while though. They stole of bunch of concrete garden statues from a local gardening place, but proudly displayed their catch on their front porch, easily seen from the road. They didn’t get away with that either. However those kids did turn out alright, and lucky for them as a life of crime for them would have brought them disaster…. They couldn’t get away with anything. Anyway, another case solved… not much got past Art Specht. 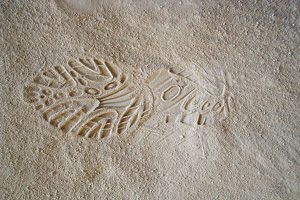