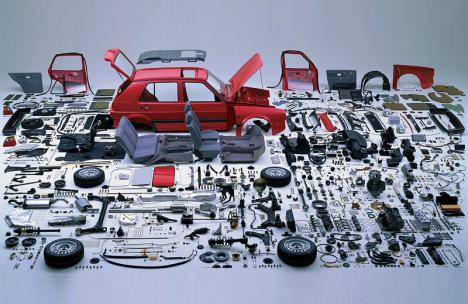 I was watching some cars going by, and I started mentally checking all the parts that they were made of. Almost every single car that went by was made of huge number of parts, almost none of which are usable on any other brand or even another model of the same car.

This means there are huge warehouses holding huge numbers of discrete parts for every modern car on the road. And none of them are interchangable. Sure tires are, and some wheels, and water pumps and spark plugs will interchange for some engine families… but almost everything else is a custom made part for that car only.

Some dash parts like switchgear are common among car lines from a huge manufacturer, like GM, and some of the engines are shared out, but what isn’t shared out is a lot bigger pile.

In older cars, this is a huge problem, since most car manufacturers quit making parts for a car in as little as 10 years after they’re made. Then it gets tough to find stuff. The most popular cars will be accomodated by the aftermarket, but only the fast moving stuff.

If old cars are hot, like 1957 Chevy’s, some specialist maker will make almost every part. but your ’57 Nash is in trouble. To drive that thing you’re going to be good friends with a machinist.

It’s a shame too, because cars are a unique part of our heritage, and the world’s too. I get a kick out of driving old cars, and they can be a handfull sometimes, due to primitive suspensions, and no computer controls… but exhilarating. I guess keeping parts for every car ever made could get a bit overwhelming. 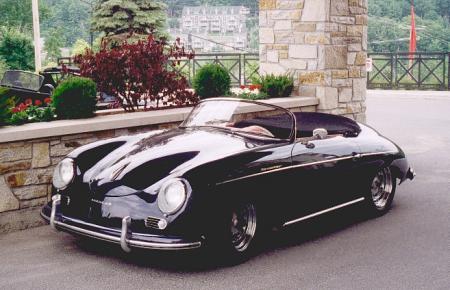 Except for Porsche, who still stocks parts for every model back to the 356 from the 50’s…. Now that’s my kind of car company.