The Enquirer had a story on the Northwest Homecoming Parade today, featuring a photo of the Air Force’s recruiting tool, a self powered one man jet float. That jet brought back some memories.

20 years ago that same jet participated in a parade in Amelia, Ohio. My brother Jim and I were watching from his front yard as the jet slowly idled by, then disaster struck! The jet suddenly swerved to the left, out of control, right into my brothers driveway. We leaped into action. The impulse to just see how the jet was built was enough of a draw to get our attention. The problem was a link on the left wheel that had broken, and after rifling through Jim’s garage we found enough supplies to fix it on the spot. The jet was soon back in action and the parade was a success. We were glad to do our part to keep the Air Force flying. 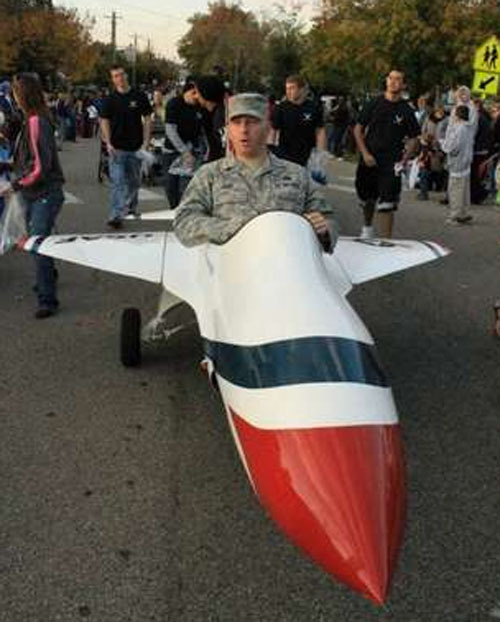