Did some time in the U.S. Army in 1970-72. I’ve noticed a few things since then that I like about our present army as opposed to our old army. 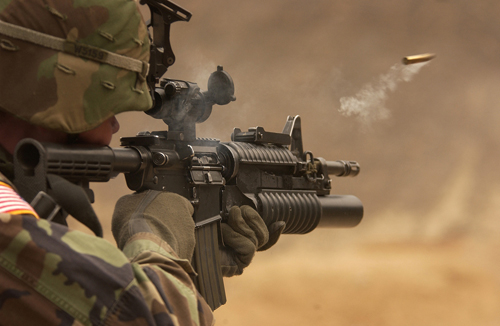 Body armor.
The only body armor a Vietnam era guy had was a flak jacket, that was useful for spent shrapnel, and that was about it. You could easily shoot a hole in your helmet with a .38. The guys in Afghanistan have some pretty nice ceramic armor, and there is even some interesting new body armor designs, like Dragon Skin.

Armored vehicles.
Not only didn’t we have armored vehicles, but most of them weren’t even enclosed with anything other than a soft top. The helicopters didn’t have armor, which had everybody sitting on their helmets.

Communication with the individual soldier.
Walkie talkies. Huge things, and only one for a whole lot of guys. Modern G.I.’s are plugged in, networked and God only knows what else. We got one call home per year and only with the help of a lot of Ham Radio guys. (Bless ‘em). You get video calls home now.