The New and Improved 2010 Taurus SHO is a hot rod. Much better than the earlier version that came out in 1989, it takes advantage of newer turbo and direct injection technology. It pumps out over 300 hp from a soon to be standard Ford V-6 eco boost block. 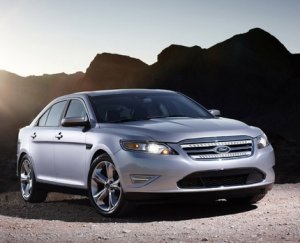 The design and quallity control is light years ahead of the old design. (As all cars are today.) The old car’s selling point, and it’s Achilles heel, was the motor. A 24 valve V-6 Yamaha derived engine, it had good power (220hp) and could get to 60 mph in under 7 seconds. However, it was an overly complicated exotic engine stuffed in a basic Ford sedan. (Kind of like the Chrysler TC, a standard Chysler mid sized car with a Maserati engine.) And it was replaced with an aluminum Cosworth V-8 with Yamaha heads and some poor production decisions led to some costly failures. But those problems are behind them now… 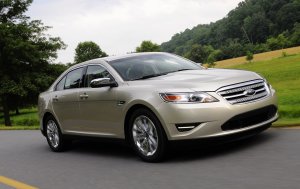 But that’s not the real problem. The problem is then, as now, the SHO looks like a standard box stock Taurus. That may have been a draw from the sleeper crowd, (those guys that stuff Corvette engines in old boxy Volvos) but most people do want a car that looks like it is something, even if it isn’t. Take the Mustang for example, a lot more people buy a slow Mustang that looks like a fast one, than there are people who buy a fast Taurus that looks like a slow one.

So come on Ford, dress that thing up a bit…