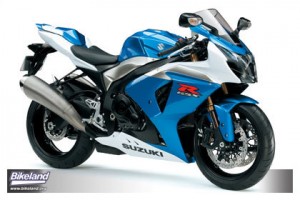 I really love motorcycles. I’ve been riding since 1976, and it’s the closest thing to flying without airplanes or drugs. It’s a blast. But, I think we’ve gone too far.

The new Suzuki is a hot rod. It’s about as refined as you can get in a scooter. Gobs of horsepower, revs up to the sky, computers to control all sort of power functions, great feedback from the chassis and on and on.

But, this thing gets to 60 mile an hour in 2 seconds. 2 SECONDS! Not only that but you can get to a hundred miles an hour in 1st gear! Cut it out. what ever happened to running these machines up and down the gears and working the gearbox? Looks like you only need one gear.

It looks to me that only race bike drivers will ever be able to control this thing. It’s too much. As humans, I think we are too good at what we build. We need to back off a little.