I hate funerals, but Aunt Irma had a nice one. It was at St Clements Church in St. Bernard. No matter how much the Pfeiffers spread out, it seems like St Bernard is their ground zero. They seem to take over the church, as most of the paintings on the wall were painted by my Aunt Clara, Irma’s sister. 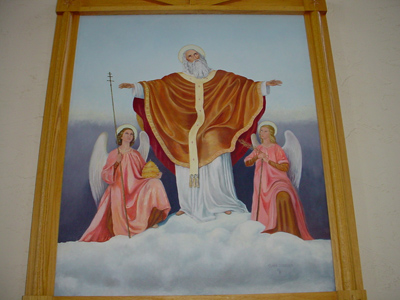 Aunt Clara's painting behind the altar

Aunt Irma was born in 1919. Of course that was the year of the Spanish flu, to remind us that things haven’t changed that much. She grew up (eventually with 12 brothers and sisters) in over-the-rhine and Vine street, a really nice neighborhood at the time, but dangerous and trendy now. Uncle Herb was caught in the Army in WW2, but married Irma after the war. The latest count includes 5 kids, 17 grandchildred, and 10 great grandchildren. Whew.

Dick Gelhaus’ wife Peggy delivered a moving eulogy, that included how many times the kids shot themselves with BB guns! She was a great Aunt and will be missed. 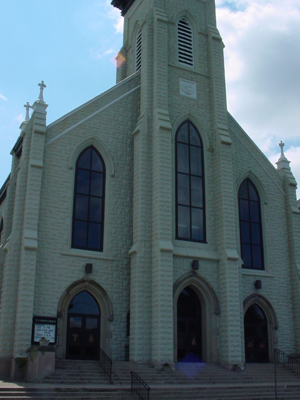