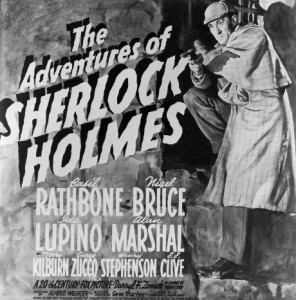 Your memories of how some character should be are locked in when you’re young. That is where my memories of Sherlock Holmes comes from, watching old movies from the 40’s of Basil Rathbone as the suave all knowing Sherlock and Nigel Bruce as the bumbling but faithful Dr. Watson. The latest movie, starring Robert Downey Jr. as Sherlock and Jude Law as Dr. Watson stresses Sherlocks mastery of martial arts and fondness for certain women, absent from the earlier versions.

The new Sherlock Holmes movie is much grittier and more faithful to Arthur Conan Doyle’s vision of the famous detective, and for Dr. Watson, who’s treatment by Hollywood in the 40’s as the comical sidekick is unflattering. Watson’s past, according to the original stories, has him survive the Battle of Maiwand, no mean feat during one of Britain’s more disastrous battles. 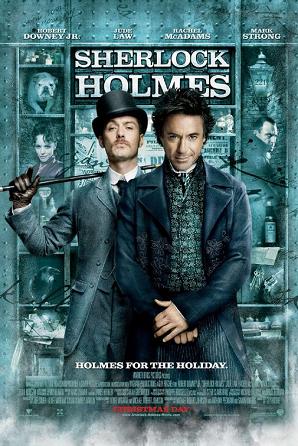 The women come off better now also. During the 1940’s, whenever a murder was uncovered or a body discovered, some woman in the vicinity starts to come apart. The first order of business is sedating the fainting females. Dr. Watson comes in very handy for that job, and always had a handy sedative in his pocket. Women in the latest movie have much more grit, as when Sherlock tries to nail Mary (played by Kelly Reilly), Watson’s intended, to the wall. She pretty much nails Sherlock to the wall, and isn’t about to take any grief from anybody. Also Irene Adler (Rachel McAdams), the only person to outwit Sherlock, is not afraid of anything. Don’t try sedating these women.

Enjoyed the bleak portrayal of Industrial Revolutionary Britain, with huge impersonal gray buildings, throngs of unwashed Englishmen, and steam-engined boats. Also, Lord Blackwood’s (Mark Strong) use of an electrically operated remote control device impresses Sherlock, which as in reality was just getting thought about by Nicola Tesla during the 1890’s.

The only thing the modern Sherlock Holmes can’t top is the mood of Basil Rathbone’s black and white versions. Color still can’t beat the old masters of subtle shading and stark contrast.