In 1994 GM had 1/2 interest in Saab, and soon owned the whole automotive division. They pushed the car upscale and eventually killed it, and now the corpse has now been hacked up, dismembered and parted out to a Swedish/Chinese/Japanese consortium with dreams of making an electric car. I’m not really sure, and I’m believe they aren’t sure either, but they might not get the name as Saab in Sweden is still a military-industrial complex and don’t want to dilute their good name.

As far as US Saab dealers go, they have gone out of business, or are in the process of reinventing themselves. For all the hoopla from Saab owners how they are going to bring the car back by demonstrations and such, they haven’t really supported the dealer network much, and have stayed away as long as they possibly could, not really wanting to spend any money on a dead horse. Parts have been really tough to get, and keys for Saab Sports Sedams have become a hot black market item. A late model 9-3 involved in a small fender bender was recently totaled because there were no front fenders in the country, and no prospects of any soon. 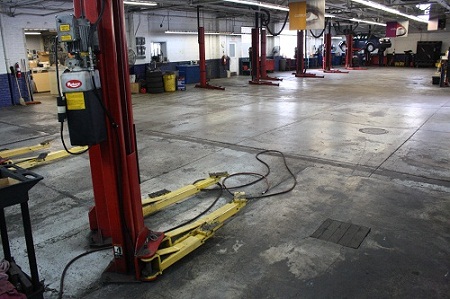 The shops generally remain empty. Some cars have to come back since they have bizarre German GM electrical systems, and no one else seems able to understand them, much less fix them. Mechanics have been pretty creative repairing parts instead of replacing them, something done routinely in the thirties, but not even done today. Other makes of cars are drifting in, but bringing in customers that are already going somewhere else is tough. Getting a different franchise is out of the question also. All the car makers have recently thinned out their dealer networks, and aren’t interested in any more.

As far as myself, I’m getting close to retirement anyway. So this whole thing doesn’t affect me as much as it could. But I’ve been working on Saabs since 1985, and will miss them, although they will still show up as orphaned cars at the shows, much like Edsels, Hudsons and the millions of other makes that have been abandoned.

I have been spoiled by Saab. They got good gas mileage, better than average performance, looked good and if you got them into the air on a bump in the road, they could land on all fours and still be in control. I tried that with an Oldsmobile once and almost got killed.

Update Nov 13, 2012
Well, life goes on. The cars are trickling back, I’m still working here, and we have 3 mechanics working. Wages for flat rate guys are still depressed, and the mechanics are struggling to pay their bills, but they have work. We’re not over the hump yet, but getting there. 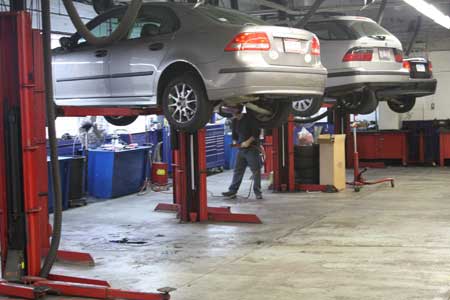