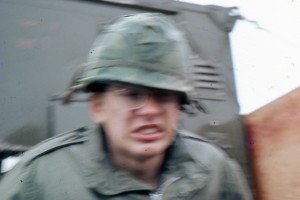 I was a member of a DARRS team in Vietnam. The acronym DARRS stood for Division Advisory Radio Research something or other. The whole Army Security Agency thing was disguised in Vietnam as Radio Research for some legal reason. Our outfit had 10 guys in it, with your associated vietnamese counterparts, attached to the 1st ARVN Division, and we provided intelligence support to this vietnamese division. At the time I worked out of the back of a 5 ton truck, with huge maps of northern I Corps, and a rat rig (radio module) attached to the side. I kept track of order of battle (who and where everyone was) and gave intelligence breifings to the vietnamese General. Our truck was parked in the middle of the Forbidden City in the center of Hue, and was like being in the middle of a National Geographic article.

Sometime around february 1971 we got orders to move our operation to Dong Ha, on route 9, to support the Arvn’s operation in Laos to cut the Ho Chi Minh trail. This operation was called Lam Son 719, and was mainly a vietnamese deal as we weren’t allowed in Laos. Other American outfits reoccupied Khe Sanh, which was down route 9 towards Laos. It was cold, rainy, and we had to go up Highway 1 thru Dynamite Alley, a stretch of road the zips liked to bury bombs in. We only lost 1 jeep.

Our forward base was like any other base camp in Vietnam. Lots of bunkers to dig, lots of wire to stretch and tents to put up. We usually got mortared every night, just about the time we were getting resupplied, as they had the airstrip zeroed in. We watched the show in lawn chairs, like a Mash episode. One of the guys we called speed ran into the wire the first night we were hit. I think he got a purple heart for that.

The Arvn’s spent about a month in Laos getting beat up, hung down, drug down and generally had their ass handed to them. We went in to get some of our guys out, but the Arvns wanted out to, and overloaded helicopters made the news. Some were brought down by the load. The 1st Arvn Division, for instance, lost every tank, truck and helicopter they had in Laos. 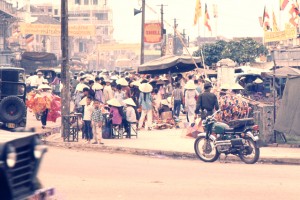 2 weeks later, in downtown Hue, there was a big parade. The 1st Arvn division marched through town with new tanks and trucks. There was a big celebration and we all got medals for our great victory during Lam Son 719. For my participation I got a Vietnamese Cross of Gallantry, with palm.