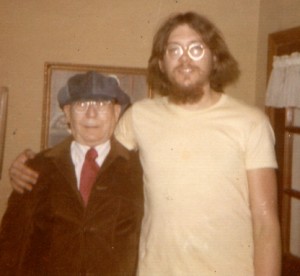 Back in the 60’s, Art Specht had some bought some ground in Missouri, specifically in the Ozark Mountains. Pa was a real rural guy. He grew up in some hard parts of Cincinnati (I think), but his heart was in the country. He liked growing his own food, and really liked organically growing things.

I remember when I was growing up, he kept getting a local newspaper from close to where the land he owned was. There were stories of the guy who had just shot a brown bear, and a picture of him standing next to his trophy. Lots of stories of encounters with rattlesnakes and the like. Pa loved that stuff.

I also remember his story of the country store. He said there was a big barrel in the corner filled with false teeth, twenty five cents each. You could root through that barrel till you found some that fit. He was all for it, till Ma found out that they were taken from people before they were buried.

Those Missourians were practical people!