Adventures in Spechtville.. the electric man 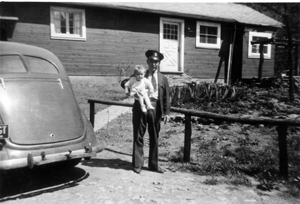 Art Specht and his family had electricity on 9 mile, but were loath or unable to pay for it. It was hard times during the depression. One trick the locals used was bypassing the electric meter with pennies. At times this had the unfortunate side effect of burning down the building the meter was attached too. This was how Mr. Arnold lost his chicken house. (and chickens.)

The electric company periodically sent someone down the road at night to see who was using electricity, but the neighbors were usually on their guard. A car coming down 9 mile road at night was a rare event, and the word spread fast that he was coming. Grandma would kill the lights, and take Marcy and Boot to hide in the closet and say a few ‘Our Fathers’. That was Ma’s answer for all disasters. Few people were caught. 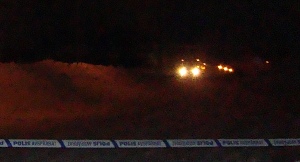 Well in the end, Pa’s chickens survived, but only till it was their turn for Sunday dinner, which was always chicken and noodles.